A short interview with author Lucy A. Snyder on her contribution to The X-Files: Secret Agendas anthology, out now from IDW Publishing… 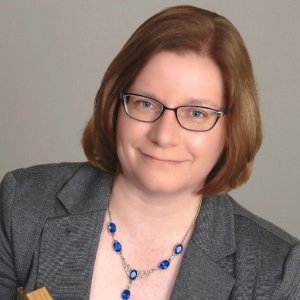 THE X-CAST: How did you come to be involved with Secret Agendas?

LUCY A. SNYDER: The short answer is that editor Jonathan Maberry asked me if I wanted to write a story for the anthology. Because I’ve been an X-Files fan since the series premiered, I was very happy to join the project. I first knew Jonathan Maberry from the Horror Writer’s Association; a few years ago, he was co-editing a zombie anthology that unfortunately never found a home. I had submitted a story to that which he had accepted, so he knew my work and figured I’d be able to write the kind of story he wanted to see. (He also contacted me about writing poetry for Scary Out There, a YA anthology that was recently published by Simon & Schuster)

TX-C: Have you always been a fan of The X-Files?

LAS: I saw the series premiere back in 1993 and was instantly hooked. I loved the dark, cross-genre nature of the show — it mixed up science fiction, horror, mystery and conspiracy thriller elements. It reminded me of other shows I’d loved, such as The Twilight Zone, Night Gallery, and Kolchak: The Night Stalker. And I loved the characters, too. As much as I enjoy the genres the show explored, if I hadn’t connected with the characters, I wouldn’t have kept watching.

TX-C: What informed the decision to frame a lot of the story around Susie Rainwater?

LAS: I approached this story as if I were writing an episode in the 3rd season (my favorite season). Episodes of the show often employ multiple viewpoints to reveal story and provide clues to the viewer. Mulder and Scully often know far less than the viewer at the end of any given episode as a result. I normally stick to just one viewpoint character in a short story, but if I wanted the story to have the cinematic feel of an authentic episode, I knew I needed at least viewpoint characters. Obviously, either Mulder or Scully needed to provide the agents’ point of view.

So in planning the story, I had to figure out which other character would best show the reader more about the supernatural mystery than the agents could witness. Who would have the most at stake in the story? Who would be very close to the supernatural events? Who could act as a witness to those events without understanding them in a way that would neatly resolve the mystery for the reader? I quickly realized that young Susie Rainwater was that character, and so a fair bit of the story needed to be shown through her perspective.

TX-C: Native American legends and disrespect toward them is key to the mystery – did you always want to explore these concepts similar to X-Files episodes like ‘Shapes’ or ‘Teso Dos Bichos’?

LAS: I would say that Native American legends are certainly an important element, but whether they’re the key or not is up to the reader’s interpretation of what happens in the tale. When I was brainstorming the story, I did have those legends in mind, and I was thinking of the X-Files episodes that explore them.

TX-C: This is set immediately after Season 3’s ‘The List’, which Mulder & Scully reference – any reason why that episode specifically?

TAS: Since I knew I wanted to write something that would fit with Season 3, my initial bit of homework was to re-watch that whole season. “The List” takes place in Florida, and the episode after is “2Shy”, which is in Cleveland. Mulder and Scully are shown to be traveling by car, and that would be a long road trip of at least a thousand miles. A lot could happen on a trip like that, so wasn’t it likely that they could encounter another mystery along the way? Especially if Mulder chose the scenic route instead of the interstate? That’s the start of my story: they stop for food and then get embroiled in strange events in a small town.

TX-C: Do you believe in the paranormal?

TAS: I am not a believer, but the paranormal fascinates me nonetheless. It’s entirely plot-worthy.

Questions by Tony Black, who you can follow @Mr_AJ_Black.